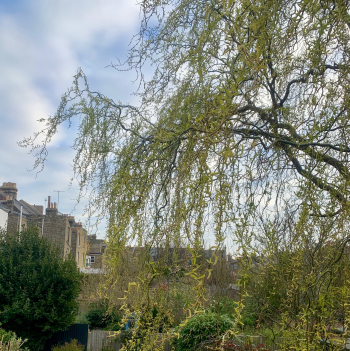 I could smell the lilies in my Mothers Day bouquet in the kitchen when I woke up, which made me smile (inside. Outside was in bleary denial that it was time to get up already).

Titch seems a bit more himself today, which is pleasing. He’s immersing himself in Alex Rider. Good days and bad days eh?

I tell you what, though: it would be really useful if I could get my brain to focus for more than 2 mins at a time. I've got stuff to do! I tried to look at the numbers for probate last night, got in a total mess with exchange rates and gave it up as a bad job. This morning I spent 10 mins excising a pattern into the black clay bowl experiment I made instead. The focus I find in make-and-do may prove to be a lifeline. If I could just extend it to work… 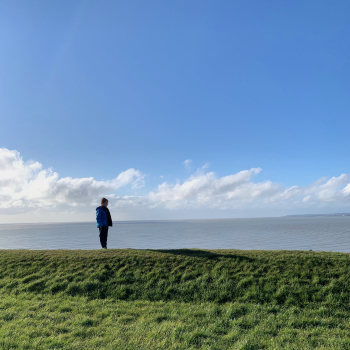 Titch had a nasty sore throat and a slight temperature - as in above his norm, not something a medic would call a temp - at the weekend which gave us all pause. He’s fine. It came with an intermittent productive chesty cough and a snotty nose: classic cold. It meant that we didn’t leave the house for two solid days - not even to walk the dog. She nearly pulled my arm off when we ventured out on Monday! Haven’t been to a shop since, just in case, but might have to brave the supermarket tomorrow. I think we both feel quite hesitant about that. Wild how something so mundane suddenly feels fraught with risk.

Titch has been a bit blue today. Last week had the structure of school, which was easier. This week, for just about the first time ever, he has to entertain himself. We’re trying to minimise screen time, which may be a mistake but we’re both keen to try to work on his initiative. It’s hard to criticise him for not having strength in a skill he has so little opportunity to practice, bless him. I think he’s feeling a bit battered and bruised, like he’s not good enough, and also generally bored. Meanwhile some of his mates are on fortnight half the time (not that he really wants to play, in reality, but he’d happily spend all day watching Dan TDM play it on YouTube). They also make stop motion Lego films and Kahoot quizzes - both of which are options for him so need to nudge him in that direction I think. I’m hopeful he‘ll get there.

Thank goodness for modern communications! FaceTime and zoom are lifesavers at the moment.

In other news I’m attempting to make a bowl as part of my ‘’serve a meal on own-made dishes’ challenge... I think I’ve gone too thin, and it’s not what I originally had in mind but if it works will be a nice black clay compliment to Plan A. My pottery class has been put on hold, of course, so I'm improvising around the bigger picture. It felt good to make something. 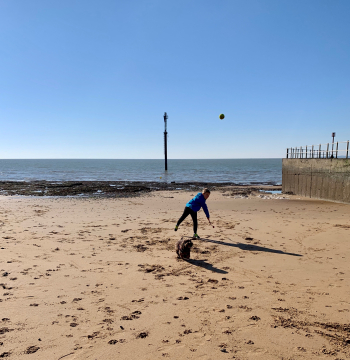 The mum of one of Titch's friends set up a group Zoom call ‘after school’ each afternoon which a good chunk of the year 5 boys dial in to (so Titch has zoom now 🙄) and it’s a real tonic for them - especially the singletons with no siblings to torment/be tormented by. It’s 45 minutes of high volume mayhem and drivel, but they’ve mastered virtual backgrounds, gallery views and in-conference messaging chats… 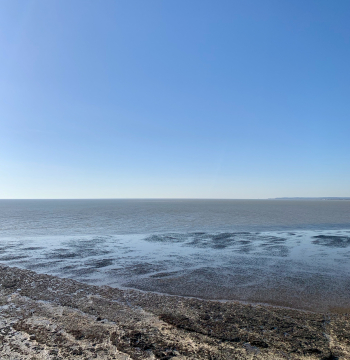 Titch is currently parked in front of a documentary about Georgian shipwrecks which I am calling ‘History: The British Empire’. Joe Wicks broke him yesterday so he’s hobbling like a geriatric, and he’s been locked out of Duolingo German until this afternoon because he’s lost all his lives. So far so good… 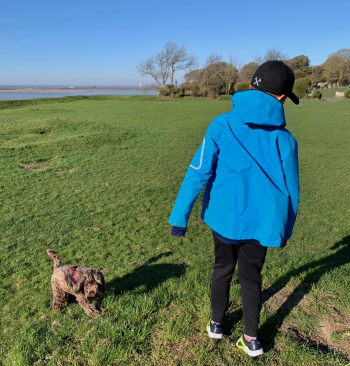 Me to Titch earlier ‘You don’t NEED chocolate, you only want it.’ as I hand him a dish of unsalted nuts and dried fruit.
Also me: ‘why the hell didn’t I stock up on desk chocolate?!’

Later on, I’m at my desk listening to a bunch of 9 & 10 year old boys discussing groceries in the most over-excited way: ‘Whose got eggs? I’ve got EGGS!’ ‘We’ve got loo roll!!’ 😂 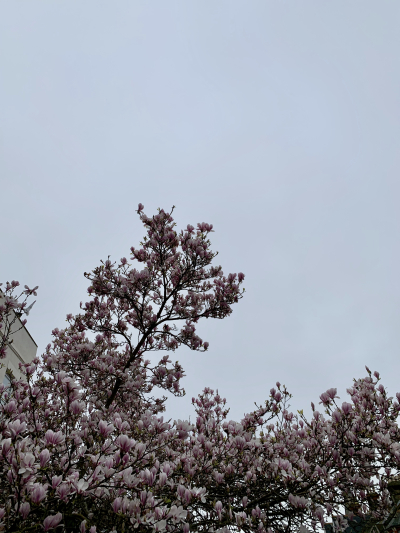 So today was the boy's last day at school for the foreseeable future. Things have been moving at lightening speed for the past three weeks as the coronavirus has spread with terrifyingly rapidity, every day bringing the new realities closer and restrictions tighter.

As of Monday we - the entire country, together with great swathes of Europe and the world - will be home schooling as well as home working. Who knows how that will work!

The aim is to be a bit more relaxed about all the things. To stay home as much as possible; socialise on zoom and FaceTime while the bandwidth holds out; walk the dog, run and Take The Air until more hardline restrictions set in and then... I dunno? Laps of the garden?

So incredibly thankful we have a garden - even if it is, as my neighbour kindly observed (no, really - I think it was intended as a compliment...), 'wild'!

(wash your hands, don't touch your face, keep your distance, cough/sneeze into your elbow or a tissue... you know the drill)

The oddness of a pandemic 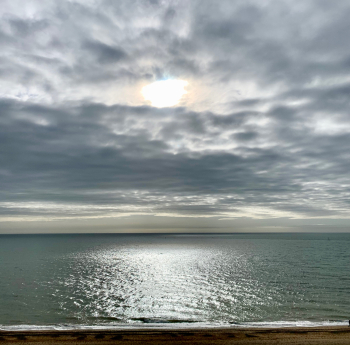 News of the Coronavirus has been spreading since the start of the year but over the past month the concern has grown exponentially - not coindidentally, like the virus itself - until yesterday the government finally gave up on its ‘herd immunity’ strategy and moved to a voluntarily shut down. For now. I suspect it will be a lot less voluntarily very soon.

The government finally announced today that schools will close on Friday for the duration. No exams this summer, so it could be later rather than sooner that they’re back in anything resembling a normal routine.

I'm torn between relief to finally have some clarity, after mounting speculation over the last week, and mild (mounting) panic about what it will all mean. Juggling work and childcare, managing headspace, a 10 year old only child with no social contact for weeks on end... I would love to think they can still hang out in small groups at the beach, in the park etc, but can kids do responsible social distancing? I’m not sure they can!