There is currently a meme on my Facebook stream in which women friends nominate each other to post a self portrait without makeup in the interests of raising awareness of breast cancer. Setting aside the questionable usefulness of the exercise without any attendant links or relevant information*, it raised my hackles in the same way as another well-intentioned initiative - the BBC Children In Need BearFaced campaign did last year.

The idea of the BearFaced campaign is that women are sponsored to go without make up for a day. It is supported by beautiful portraits shot by Rankin of 'bare faced' celebrities (many of whom seem to be to be wearing plenty of 'natural' make up, and all shown bare fleshed as well as faced).

These are both noble causes and raising awareness and cash is great BUT (here comes the grumble...) when did the idea of a woman leaving the house or showing a picture of herself without make up become so shocking that it merits an 'aren't you brave - Go girl!' pat on the back? Let alone actual sponsorship! Is it really equivalent to running a marathon, or even sitting in a bath of baked beans? Given that most sponsored endeavours demand a feat of endurance or public ridicule, which camp does this fall into?

Imagine a similar campaign targetted at men... I can't. It would be a nonsense because men haven't been told that they need cosmetic assistance to make their appearance socially acceptable.

Several of my friends posted that they wouldn't be taking part in the Facebook meme, mainly because of the spurious value of the exercise but also because 'it would put you off your breakfast'. A joke, I know, but I can't help thinking it's based in very real insecurites. I have known people with facial scarring who wouldn't answer the door without their make up on, which I can understand. These friends, however, are beautiful, interesting, accomplished women but seem to feel the same pressure to put on a mask to face the world.

In a society where there is an ongoing debate about the social and feminist implications of the veil, it seems that this approach to cosmetics - apparently accepted as the norm - touches on similar issues about the role of women and the acceptability of their bodies.

I'm not anti make up - like most women I have bought and used it since I hit my teens (though I don't wear it every day - not when applying it is going to eat into my sleeping time!) - but the implications of these campaigns bothers me.

* it has evolved and most friends are now including information on how to make a £3 donation to Cancer Research UK by texting BEAT to 70099. The charity did not initiate the meme but have apparently enjoyed something of a windfall as a result. 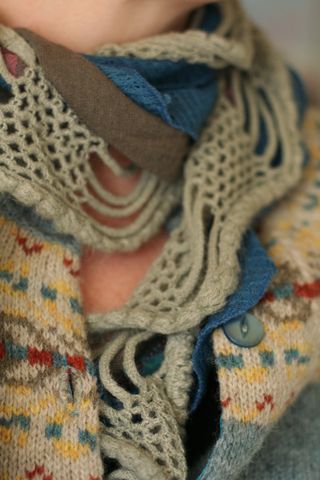 This gorgeous scarf is a gift from a wonderful friend - who somehow knew that they were my colours. And that it would go perfectly with a fave cosy cardi. I love it! Unfortunately it's from Adolfo Dominguez. I say unfortunately because I was blissfully unaware of this particular store until I was presented with the beautiful bag containing this little beauty... and now a whole new world of temptation has opened up just in time for Project Nifty Thrify (PNT)!

As a key part of PNT I have sworn off clothing purchases until the spring. By which time I need to have lost a stone (14lbs); given I'm going to be so trim there's no point buying more clothes now right? Exactly. A pair of ankle boots and some new black ballet pumps are the only exceptions, though my budget is small, so I need to choose them carefully! 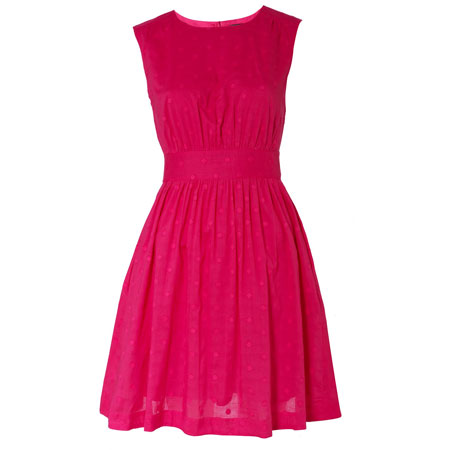 I love nursing Kit, really I do. And I am so very grateful that, by and large, feeding has gone well for us. It does, however, present certain sartorial challenges, or at least limitations. I love this dress, for instance, but (setting aside the fact that my engorged bosom would look frankly frightening snugly clad in cerise) can you imagine trying to breastfeed in it?

Dress and image from oliverbonas.com

And while I'm on the subject of clothes-I-don't-need-and-can't-afford-but-want-oh-so-badly, I give you Orla Kiely's Spring collection. Namely, this beautiful cardi (I can't lie to you, I have a serious cardi habit*). 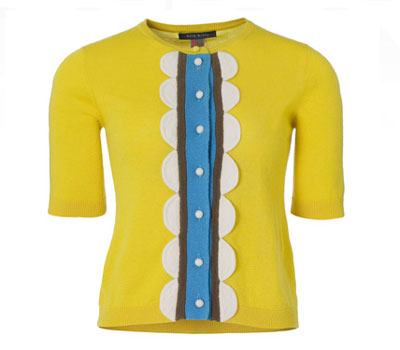 Its so sunny! So graphic! So - and maybe this is just me? - Olive Oyl! 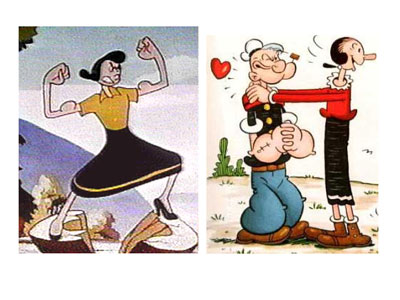 UPDATE: Arse, I've just discovered the bed linen: I want to live in this bedroom please. Can I move in now, please?

* While I'm confessing I should admit that my Orla habit is also pretty fierce, though by necessity reserved for her fabulous sample sales!

Lobster and Swan has done it again - who knew that Joules (in my mind the preserve of neat 4x4 driving surburbanites) would come up with the perfect 50s fantasy summer dress? Although on reflection perhaps 50s fantasies and neat surburbanites are not so very incongruous after all...

To get back to the point, these are rather lovely: 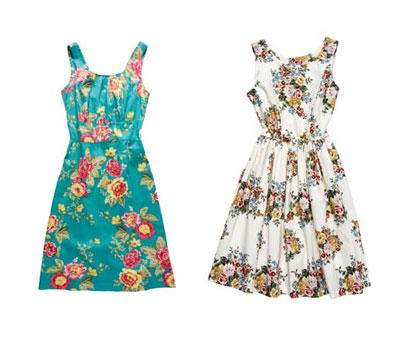 But this - the blue, the neckline, the fitted bodice, the full skirt - this may be my personal Doris Day fantasy in frock form. Wouldn't it look cute with these? And what wouldn't I give to have the shapely, tanned calves to do it justice barefoot in the park... 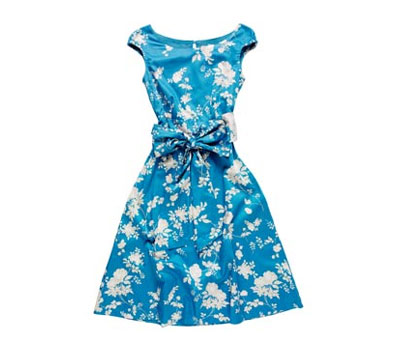 Incidentally, there is also a rather nice wrap dress that could easily become a wardrobe staple. If only I hadn't sworn off clothing purchases...

Thanks to my newest blog-crush Lobster and Swan I've just discovered that Topshop has some absolutely beeyootiful shoes this season. Check out these lovelies: 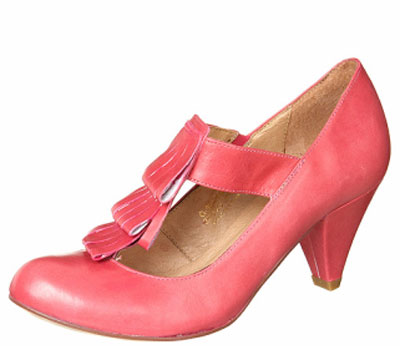 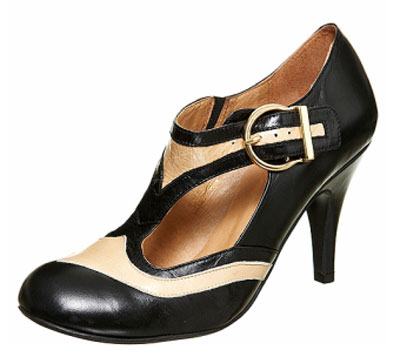 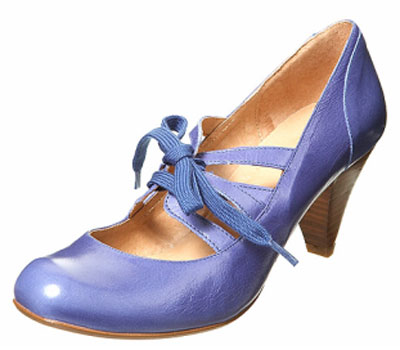 And here's me with two lusciously blue bargains from the recent Toast sale burning a hole in my wardrobe and without a pair of blue mid-heeled shoes to my name...

(all images copyright Topshop, all shoes £60 or less)